If you have never considered Sorghum as a very profitable crop to grow, it is a time to start thinking about it. From different resources listed below we collect 8 key facts about Sorghum as a grain crop to improve your farming performance.

Fact 1. Sorghum is one of the most important grain on the Earth

Sorghum is a cereal grain that grows tall like corn, and it is used for a lot more than just sweetening. Sorghum ranks fifth among the most important cereal crops of the world, after wheat, rice, corn, and barley in both total area planted and production. At the same time, one of the Sorghum species, Johnson grass, is classified as an invasive species in the US by the Department of Agriculture.
Grain sorghum is grown in over 66 countries, and the U.S. is the largest producer in the world. In the U.S., 46 percent of the sorghum grown is used as livestock feed. Another way – sorghum is turned into ethanol. It’s a popular crop to grow within the drier regions of the States because it is drought resistant. This quality has also made it a popular crop in Africa — where it has been growing for 4,000 years. Actually, sorghum is thought to have been introduced to America from Africa in 1757, making its way over on slave ships.

Fact 2. Diversity of Sorghum is big

Understand the three types (and over 20 sub-types) of sorghum is key to choosing the best varieties to grow.

Grain sorghum, also called milo, grows to about 5 feet  (about 150 centimetres) and produces tall panicles covered with small, round seeds in late summer. The grain can be milled into fresh flour, and some varieties such as ‘Tarahumara’ can be popped like popcorn. Cracked grain sorghum makes excellent animal feed.

Sweet sorghum, also called cane sorghum, is grown for the sweet juice that is extracted from the tall stalks. This type of sorghum is productive in a range of climates.

Broom corn grows 6 to 12 feet (180 – 360 cm) tall and it is a type of sorghum that holds its seeds on sturdy straws, perfect for trimming into brooms. The ornamental tops also can be used in dried arrangements. Broom corn varieties vary in the colour of the seeds, which may be black, red, orange or white. The seeds are eagerly eaten by chickens and other animals and are most palatable when cracked.

Grain has been too cheap relative to petrol.
It has been cheaper to produce fuel from grain than oil. With higher prices, sorghum production is likely to increase, but huge premiums for wheat will result in competition for hectares.
Additionally, sorghum produces 2.7 gallons (around 10,2 litres) of ethanol per bushel (35.2 litres) and between 30 to 35 percent of domestic sorghum goes to ethanol production

Fact 4. Zero-tillage is an essential part to improve yields of grain Sorghum

The yield potential of grain sorghum is above 6t/ha in cooler growing areas with 650mm rainfall – where there is a conversion of 400mm of rainfall at a water-use efficiency (WUE) of 15kg/ha/mm. In western growing areas, the WUE is lower, about 11kg/ha/mm (due to heat and lower yield levels), which results in a yield potential of 3.3t/ha from 330mm of water use.
Zero-tillage is an essential part of modern farming. It can store extra moisture, which produces 10 to 25 per cent extra yield of grain sorghum – enough to double profitability. Zero-tillage also reduces compaction and improves soil health for long-term productivity. Improved soil structure and better moisture storage produced 100 per cent more yield when sorghum was double-cropped at Biloela in 1992.

Fact 5. The optimal planting time for Sorghum does not depend too much on soil  temperature

Optimum water-use efficiency (WUE) for sorghum planted in September at Dalby is 16kg/ha/ mm. This is estimated to fall by 33 per cent, to 10.8kg/mm, for a midDecember plant. There is a conflict between ideal soil temperatures and getting the crop in early to avoid a heat. Cold soil planting is less of a problem with modern planters insecticides. Sorghum will establish at much lower temperatures than the 17˚C to 18˚C that is generally recommended.

Nitrogen is the main nutrient required for sorghum. At Colonsay, on the Darling Downs, sorghum responded to phosphorus (P) fertiliser, but the small increase in grain yield, contributed only 10 per cent of the profit from fertiliser use, with nitrogen (N) fertiliser contributing about 90 per cent. (Lester 2005)

Fertilise for average yields and that is all you will get! n To make the most of the big-yielding years, more nitrogen (N) needs to be in reserve or applied. n Sorghum is extremely efficient in extracting phosphorus (P) from the soil, and a critical threshold for P response is usually about 15 parts per million Bicarb P. n However, farmers are using ‘submaintenance’ applications of P fertiliser to help maintain soil fertility and overcome early P needs under cold conditions. n Feedlot manure is an economical way of supplying P and helping to provide a reserve of N – in organic form – to boost yields in high-yield summers.

Formulas for economic thresholds for midge and heliothis may not work in practice. Damage from one or two midge per head is likely to be compensated by increased grain weight from the remaining grains.  Early counts of heliothis commonly decline by 50 to 80 per cent due to predation and disease.

Sorghum can have significant benefits in cropping systems. For example, in Australia, it is generally the highest biomass crop in the northern grain region, and carbon inputs can help to maintain soil organic matter. By comparison, a wheat/long fallow/ dryland cotton system can deplete organic matter. Sorghum in rotation with wheat has significant benefits for weed and disease control. 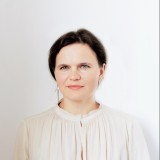 3 replies on “8 facts for farmers to grow Sorghum”